We respect the freedom to have an opinion, freedom of speech and freedom to vote. This week’s list is too educate and we do not force ourselves on anyone. Art is is not always nice. Art is cursing, raying and making love.
1.  Long Shot  2017
Who said Baseball is a waste of time? Who said watching T.V. is a waste of time? Well, going for a job never saved your life, like this; ABSOLUTELY amazing-slice-of-life documentary.
2. Get Me Roger Stone 2017
Roger Stone is one of those excrement species, that you have to know a little about. He does back to Nixon Days, Reagan and even had to hand to play behind this Curtain of Oz the Pres…. has got us into.
3. Sour Grapes  2016
Who knew you could cheat Wine investor’s? The synopsis alone made this one worthy. Let’s talk numbers while loaded.
4. Inequality for All  2013
Economics doc, debated by the wealthy as propaganda, debated by those who “get by” as truth. You decide.
5. The Black Godfather  2019
It is all positive, classic, must-see if you like movies, music or pop culture. Record business, film business, Civil Rights; interviews with Snoop, Clinton, Obama, Quincy Jones; need we say more!
6. 13th  2016
Examines how slavery was abolished, but the Prison system is not too much different.  I will say watch it and go in our archives and listen the Ms. Kira Kelly the Cinematographer of 13th breaks some of it down and the process of working with Ava DuVernay.
7. Knock down the House 2017
Alexandria Ocasio-Cortez and three other women going after claiming their seat in the house via grassroots campaigns
8. Woodstock  2019  PBS

To celebrate the 50th anniversary this documentary examines how the music effected the culture and world.

9. Zion: Body Of Strength  2018
High School wrestler Zion, not only makes the team; but competes and he has no body from the upper-thigh down.
10. Athlete A   2020
About the Scandal or Dr. Nassar who molested and or inappropriately examined hundreds of U..S. Women on the Gymnastic team.
Share on facebook
Share on twitter
Share on linkedin
Share on email 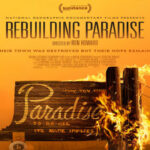