Paul is a graduate of the Vancouver Film School, a multi-award nominated and multi-award winning feature film producer, for short films he’s a multi-award winning writer, director and Production Consultant (County, State, Regional and International Awards). Paul’s work has been shown in film festivals around the world, screened in art house cinema venues and broadcast worldwide. He produced five feature films (two were National releases), one was with a company on the Universal lot. He Produced five short films (as well) before adding film journalism to his passion for films. He directed one short-film and Produced the “Compilation”, not the songs of the Soundtrack that had four Grammy-Winners, including Willie Nelson.

On television, he has produced a 5-episode mini-series for Time Warner Cable and multiple segments for a weekly-series.

He was fortunate to be one of the Founders of Talking Pictures and has hosted and interviewed guests from high school students to Oscar-Nominee (Cinematography) Greig Fraser A.S.C. for Lion in 2017, Oscar Nominee Rachel Morrison A.S.C. for Mudbound in 2018 and Oscar Nominee Fiona Crombie (Production Design) for The Favorite in 2019. The Oscar-nominated DP of Best Picture Winner MOONLIGHT James Laxton came on for the Oscar-Winning Film If Beale St. Could Talk. Paul has interviewed Emmy Nominees Rodney Taylor A.S.C. (Ballers) and Paul Cameron A.S.C. (Westworld).

He interviewed the multi-talented actress Alicia Witt (Mr. Holland’s Opus, Dune), William Sadler (The Shawshank Redemption) and Jason Mitchell (Easy-E, Straight Outta Compton). He has covered film festivals all over the Country. He has covered the Newport Beach Film Festival for eight of nine years (which launched his career past DVD reviews), Turner Classic Movies Film Festival for eight of nine years (where he met Co-Creator/Executive Producer Alexa Foreman) and he watches up to 75 films a month with a record of 1,450 movies in 2014. 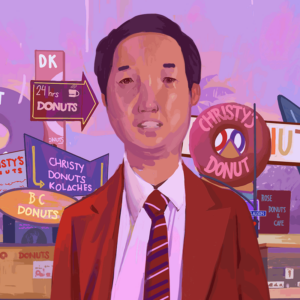 Host Paul Booth and Kai Lovell review and discuss The Donut King.  Synopsis: Everything you thought you knew about the donut begins with Ted Ngoy. 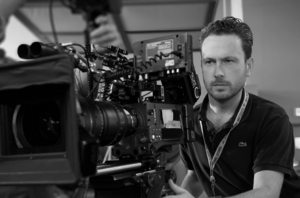 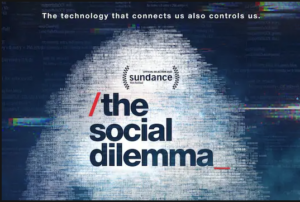 Hosts Paul Booth and Kai Lovell discuss and review Netflix’s THE SOCIAL DILEMMA. A haunting and intense look at what social media has done to